This release introduces minor improvements and bug fixes with highlights including:

Metals is a language server for Scala that works with VS Code, Atom, Vim, Sublime Text and Emacs. Metals is developed at the Scala Center along with contributors from the community.

In this release we merged 15 PRs and closed 7 issues, full details: https://github.com/scalameta/metals/milestone/8?closed=1.

Automatic imports are placed globally instead of locally​

Now, the import is inserted at the toplevel instead 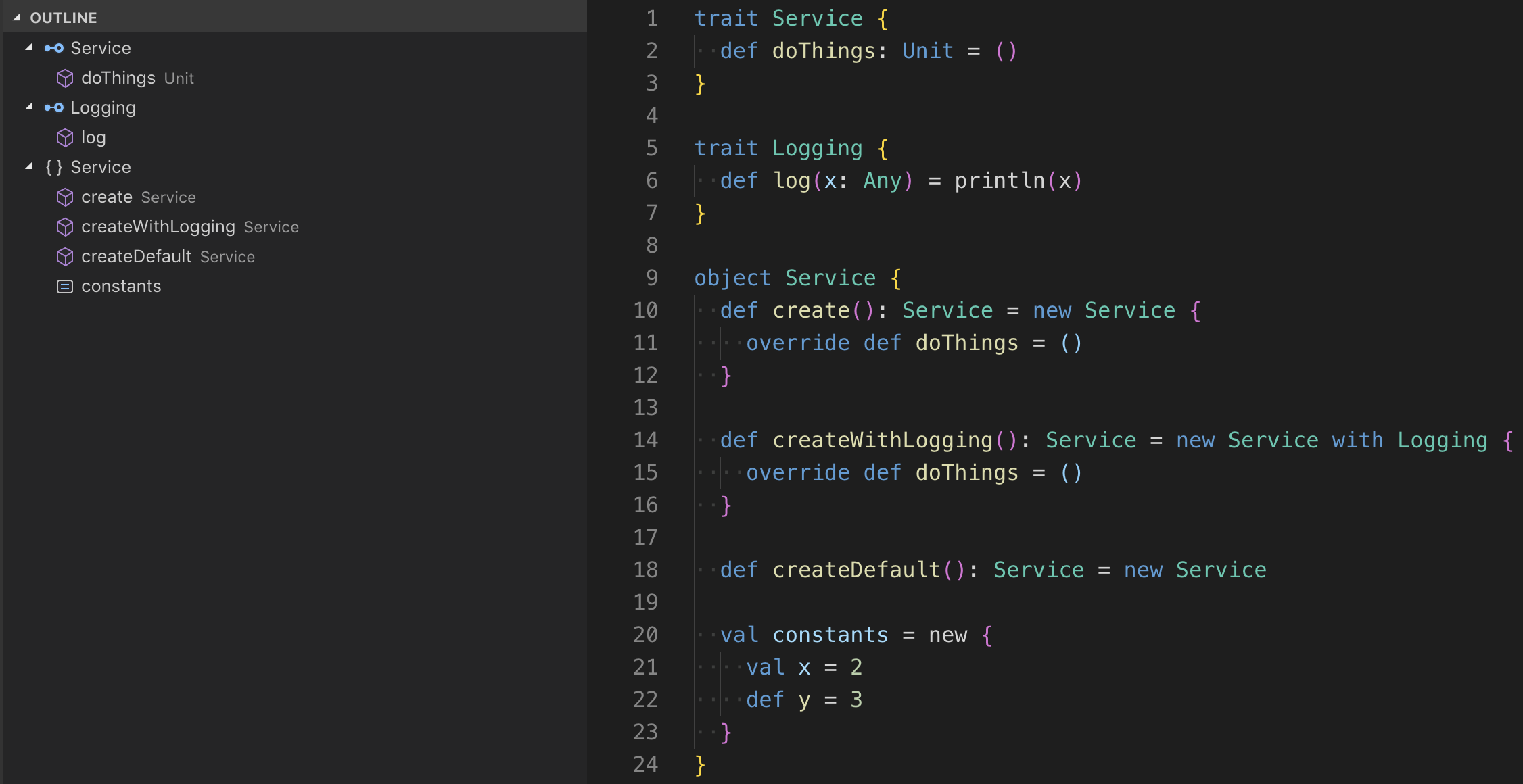 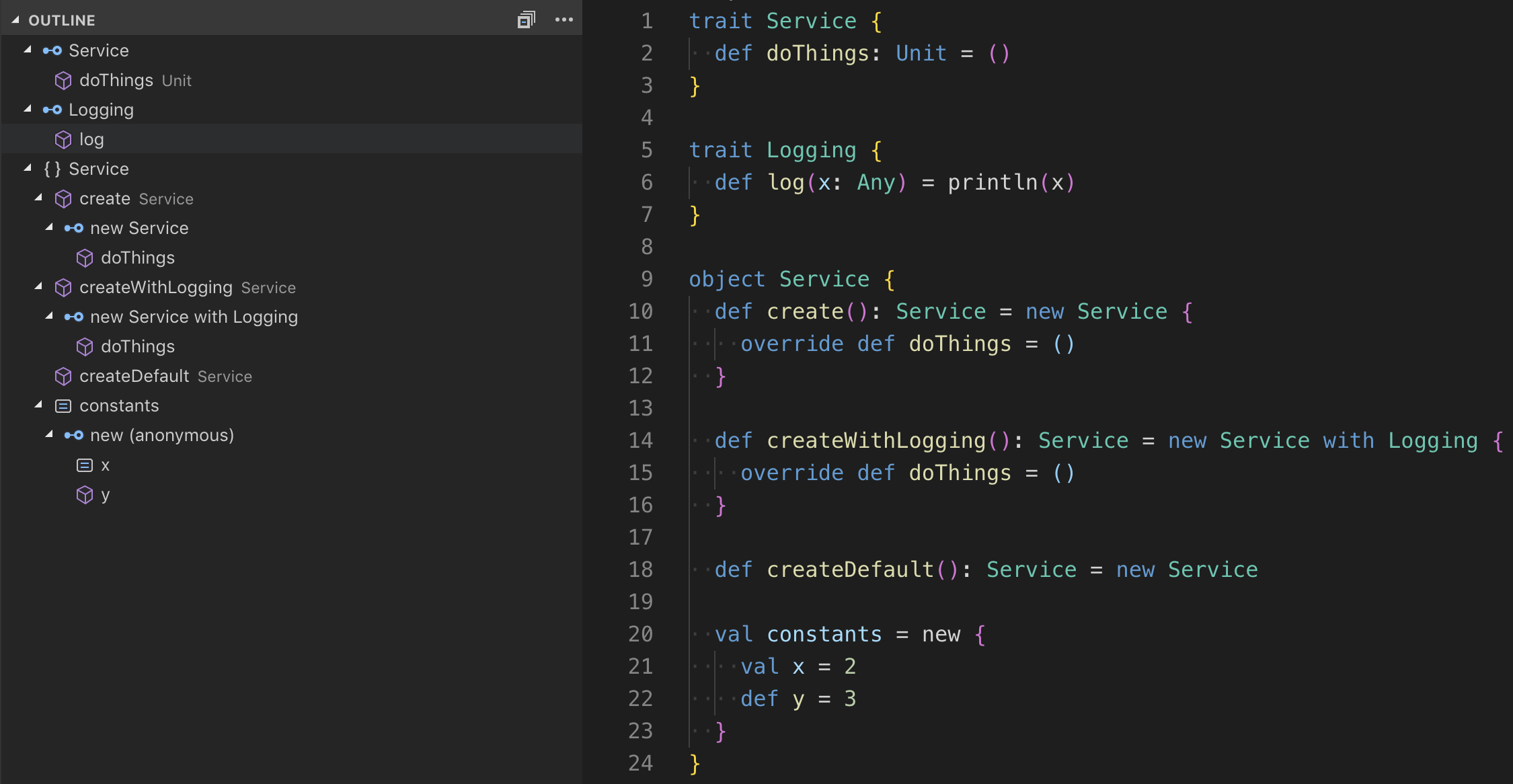 Previously, deleting a file with compile errors would result in the stale diagnostics to stay until you restarted the Metals server. Now, diagnostics are cleared when a source file is deleted.

Previously, fuzzy searching for a symbol could return results from deleted files. Now, fuzzy symbol search only shows results from files that exist on disk.

Previously, find all references did not catch references where an update() method call was synthesized.

Now, the reference to cache in cache("a") = "b" is indexed as well as the synthetic call to the Map.update() method.

Metals works with Scala 2.11 and Scala 2.12. Starting from the next release, Metals will drop support for the older patch versions of those series, and it will exclusively support these version:

Starting from this release, we will show a warning at startup if you're using an outdated Scala version, prompting you to upgrade your project to the latest version.